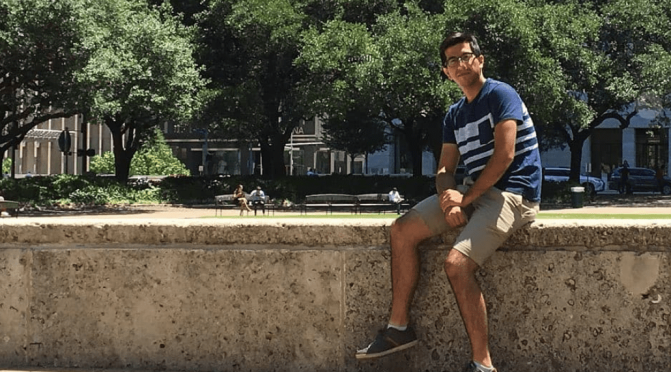 Last night I celebrated my 24th birthday in the company of my family. By some metrics, it would be considered a pretty low-key way of commemorating the occasion; especially those Miami metrics that consider anything short of an alcohol-fueled rampage at any of the city’s ritzy bars and nightclubs a bit of a bore.

But even if I didn’t “turn up” as hard as others would’ve in my place, I did take the time to reflect on everything that’s been going on in my life up until now and I must confess: the feelings in response to that reflection are mixed.

END_OF_DOCUMENT_TOKEN_TO_BE_REPLACED

I don’t want my dreams to be throttled by a broken immigration system, by my parents’ forced response to a decaying Argentine economy at the turn of the century, by the inability of a Congress to provide for its most promising citizens. In the grand scheme of the world and its history, these details will either be forgotten or underappreciated; the frustrating paralysis caused by them belittled or ignored in the face of what could’ve been but never was.

During my sophomore year of high school, I produced my first documentary film, appropriately titled The Sophomore Slump. Here’s the 7-minute trailer to the 45-minute “epic.”

Though it’s really not much by my present standards, watching it today leaves me surprised at the grasp I had at the time of video editing, shot composition, interviewing and storytelling techniques.

Re-watching it today also produces a grave revelation – the slump didn’t hit me back then. It’s hit me now, and it has been hitting for almost a year. Only a lightbulb moment can bring me back.

END_OF_DOCUMENT_TOKEN_TO_BE_REPLACED

I find it very unique of human beings to be able to assign so much spiritual value to something that, were it to be freed of the circumstance, would be as unimportant as the next thing. Take James Rolfe, for example, a budding indie filmmaker and one of my favorite Internet and film producers. His film works are incredible pieces of indie filmmaking, as impressive as the ones that maybe get more airtime in film festivals or other big events. But while I applaud his work, that’s not the reason why I’ve continued to track him and his progress ever since about 8th grade.

One day at a friend’s house, we were looking at Youtube videos of retro video games when we came across something called the “Angry Nintendo Nerd” and his review of Spiderman for the Atari 2600. That “Angry Nintendo Nerd” was none other than James Rolfe. From the moment we saw that, through now, I have found reason after reason to come back to his website for nearly any video Rolfe makes, however trivial or “stupid”. 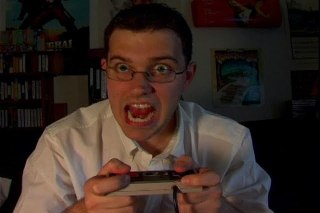 Some of those reasons are easier to guess than others. Being in 8th grade at the time, and hearing the Nerd spewing curse word after curse word was enough novelty to keep my eyes glued to the screen. But as I began to watch more of his videos, and even play some of the games that he talked about myself, I began to come to terms with some of the other qualities of his work that drew me to them and to him – a nostalgia factor, a ‘bygone years’ factor, a ‘memories’ factor.

Every time the Nerd does a review, he makes a comedy skit out of it and generally spews unnecessary amounts of less than honorable language; still, between all that, he makes earnest comments on what these games mean to him. This guy’s a collector – his basement is a 1980s teenager’s dream game room, with shelf after shelf filled to the brim with cartridges and original game boxes, all in pristine condition – and so a sense of warmth and affection towards the games he sometimes ridicules and sometimes appreciates gets through to the viewer, me.

And I’ve connected with that on a very personal level. Rolfe conveys these feelings through these hilarious comedy sketches about vintage video games, while other filmmakers convey through perhaps more conventional fiction tales. Either way, I know exactly what he’s talking about, because I feel it too. For example, in addition to the sketches, Rolfe loves to review old cartoons and movies from his childhood, always managing to, foe example place a comment about how he’d wake up earlier than usual before school to watch the latest episode of whatever cartoon he’s talking about. The earnest tone inherent to these retellings makes me think of my own childhood stories, of my own middle school memories or time spent playing with my toys or time spent lounging around in the morning before the bus came to take me to school.

And just because the guy makes a fool of himself for the game reviews doesn’t mean he’s not a cognizant soul. He produced film called “Rocky Jumped a Park Bench” that, even though it’s really little more than a location tour of the different locations used to shoot the Rocky films, it ends up being both a tribute to the Rocky series as well as some of its underlying motifs like hard work, passion, love, the American dream … the editing and shots and certainly script all make these things stand out, giving a new dimension to location tours.

So every time Rolfe releases a video – even if it’s just a video of him and his filmmaker friends standing outside the house from Family Matters, say – I make time to see it and enjoy it, because in a way, Rolfe’s nostalgic yet at the same time front-facing spirit (as an indie filmmaker) connects with my own mindset and philosophy, and seeing the fruit of such an attitude on my computer screen is in and of itself the most rewarding experience possible.

A brief welcome to ElMonzon.com from yours truly.

On this site, I regularly post articles on a variety of subjects (filterable using the top right menu). To request a quote, use the Contact/Quote Request link above.